This 2013 studio involved collaborating with the City of Mt Gambier and the South East Aboriginal Focus Group, to develop a series of conceptual maps of the Mt Gambier region. Eighteen landscape architecture students from UC travelled to Mt Gambier for one week, and working in groups of three, were hosted by local farmers, botanists, archaeologists, and foresters, to document the Aboriginal knowledge and heritage of the landscape. Students were tasked with developing counter maps of the countryside, based on interactions with their local hosts, archival research, and literature studied in the studio on mapping techniques. In the field, each group was allocated section of country to map, working over an area of 60-100 km. Over nine weeks students developed maps of their “transect,” which were manifest in model forms on panels with dimensions of 1.2 x 2.4 metres. The panels included working parts and were crafted from hand and using equipment within the University workshop.

The panels were presented at the end of the semester to an expert jury. A visual journal, prepared throughout the semester, was also presented. The panels were transported to Mt Gambier shortly after the presentations, where they featured in a public exhibition titled: Transects – Windows into Boandik Country. The exhibition was launched by Boandik elders on the 6 December 2013, and was attended by over 60 people. The exhibition was held at the Main Corner Art Gallery in Mt Gambier and ran until 19 December, 2013. The exhibition continues to travel in the South East region of South Australia.

The project was documented in a publication 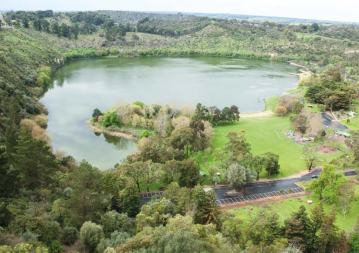 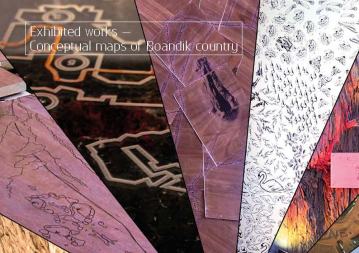 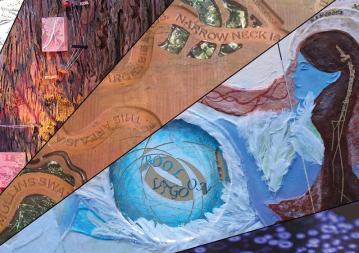 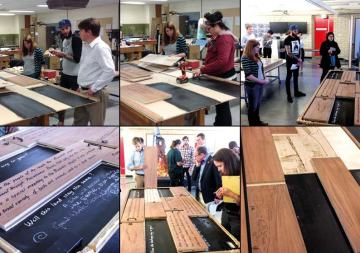 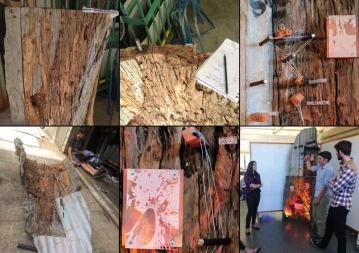 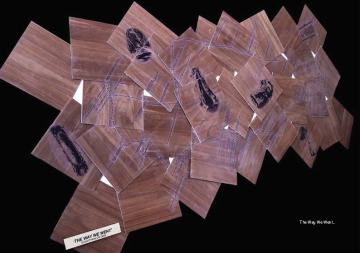