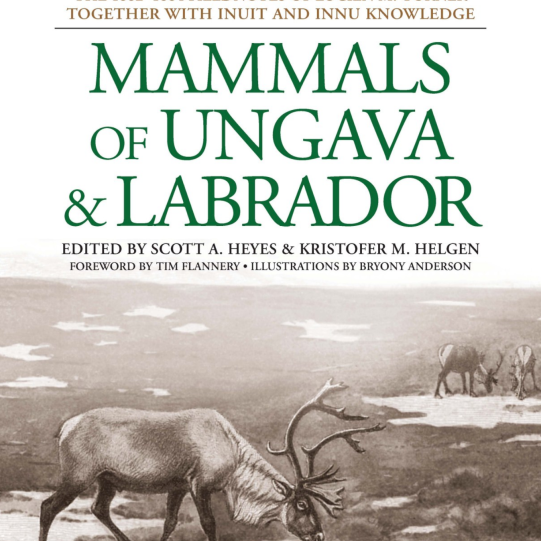 The project involved publishing ethnographic and museum collection material on mammals that were recorded and obtained by the Smithsonian naturalist, Lucien M. Turner between 1882 and 1884. Interviews were conducted with Inuit elders today on their knowledge of mammals, and published alongside Turner’s accounts. The book is being used as a teaching resource by Inuit cultural educators in Arctic Canada.

In 1882 the Smithsonian Institution Arctic scientist, Lucien McShan Turner, traveled to the Ungava District that encompasses Northern Quebec and Labrador. There he spent 20 months as part of a mission to record meteorological data for an International Polar Year research program. While stationed at the Hudson’s Bay Company Trading Post of Fort Chimo in Ungava Bay, now the Inuit community of Kuujjuaq, he soon tired of his primary task and expanded his duties to a study of the natural history and ethnography of the Aboriginal peoples of the region.

His ethnography of the Inuit and Innu people was published in 1894, but his substantial writings on natural history never made it to print. Presented here for the first time is the natural history material that Lucien M. Turner wrote on mammals of the Ungava and Labrador regions. His writings provide a glimpse of the habits and types of mammals that roamed Ungava 125 years ago in what was an unknown frontier to non-Inuit and non-Innu people.